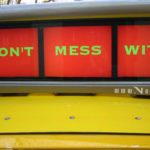 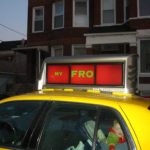 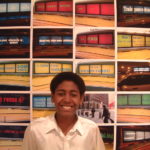 HAHA the exquisite collective from Chicago invited Stockyard Institute and many other to propose short texts that would appear on a LED screen on the roof of a taxi cab as the cab moved through city neighborhoods. The texts were messages for the city as the global positioning satelitte would reveal the text as it entered the community where the artists worked. The young people who joined in conversing on the proper message led by Davion Mathews changed as the cab entered the Austin community where we stood at Laramie and Chicago waiting.